Immerse yourself into a universe full of passion and creation that takes you into a new, unique and personal art...

Michel Durand has a utopian vision of raw materials, in love with stones recognized only by himself and springed from the creative violence of the depths of earth.

With some steps that involve stones and iron, he shapes the figures which characterize his sculptural world.
By his creativity and his light welds, the sculptures seem «sparkling» under the shadow of his iron weaving, and even distorted faces seem so real.
In order to invite us into his secret inspiration in which burns his passion for his unique style of «Art Brut», Michel brings us back to simplicity and generosity thanks to his blowtorch.

Moreover, he shows his own reality to give us, by impressions and feelings, his blazing nature which can be easily noticed in his works. He shapes raw iron and primitive stones just like they were extracted from forges and volcanoes: Michel knows how to arouse emotion and stimulate imagination with his sculptures. 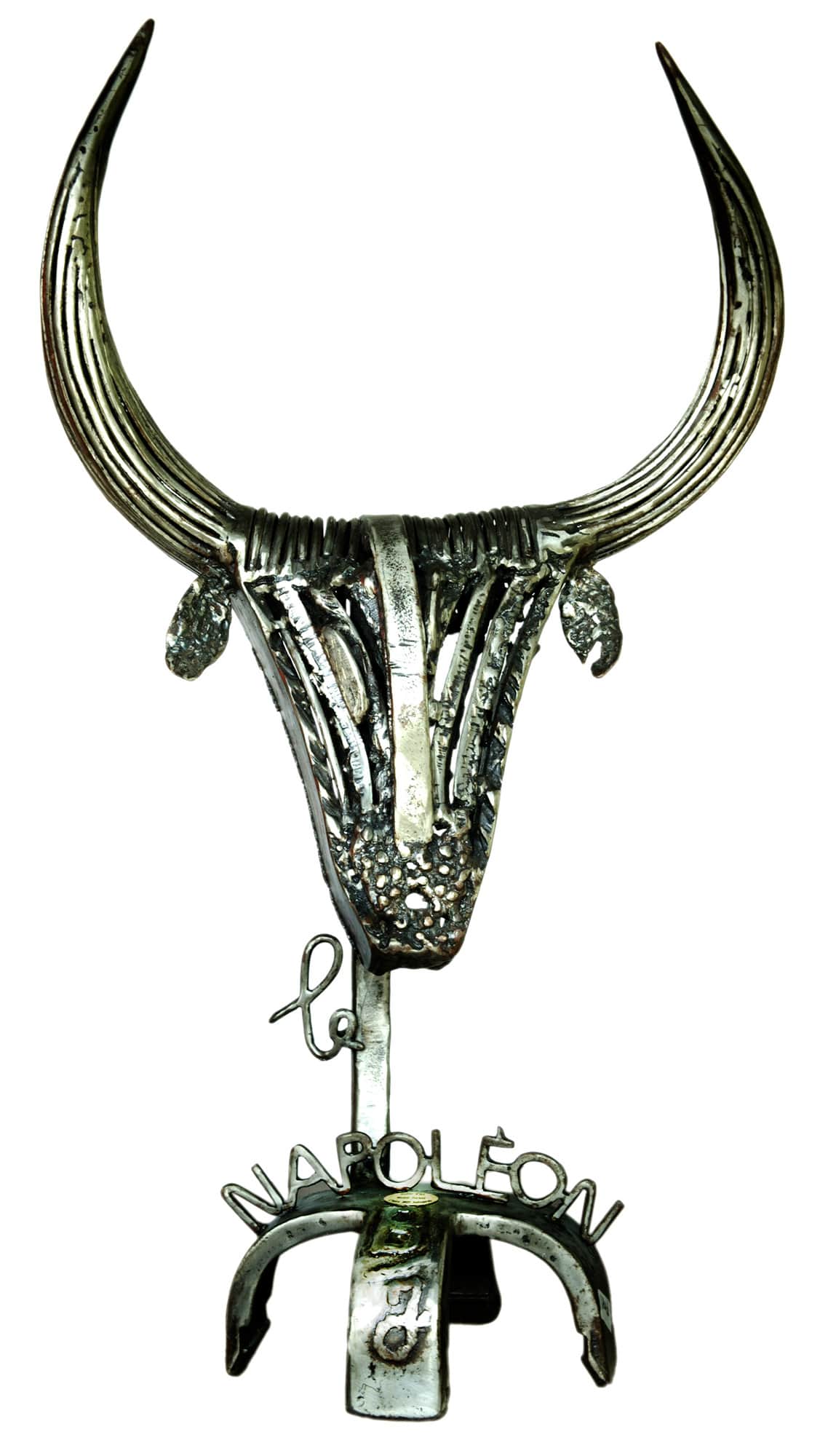 By assembling old stones and scraps in order to offer them a "rebirth", Michel undertakes a personal inquest to guide us towards his own "truth" revealing, in this way, his inner sense of observation.

Given that he judges realism and figurative as superfluous, he decided, by his artworks, to get rid of these concepts in order to reveal his desire of a brand new « Art Brut ».

These stones and iron, which have withstood the harshness of natural elements, allow him to produce skeletal bodies in which lights deal with darkness.

For that reason his sculptures have been made not only to be watched but also to encourage us to discover them in depth. This is the way Michel invite us to review our truths and beliefs. 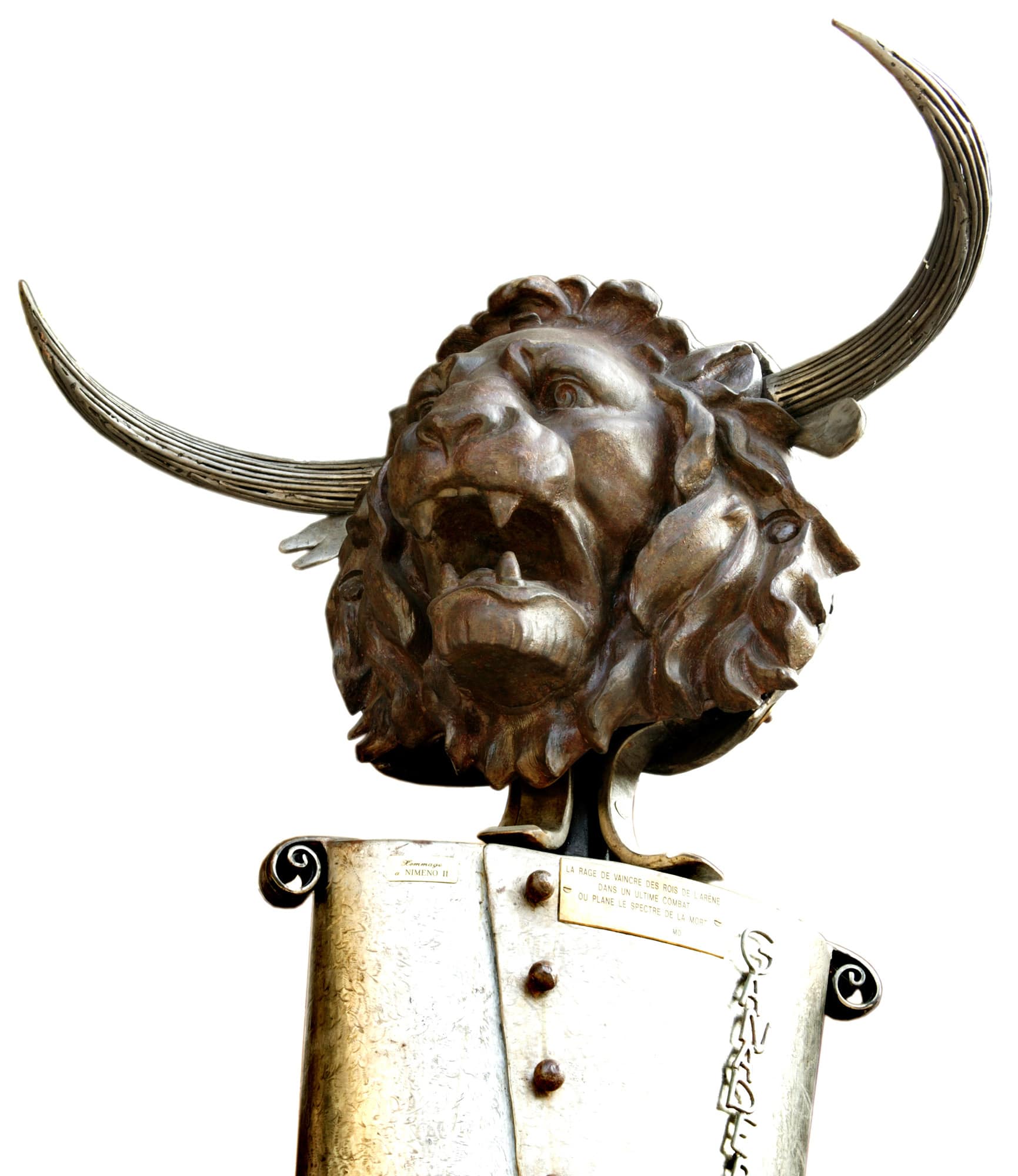 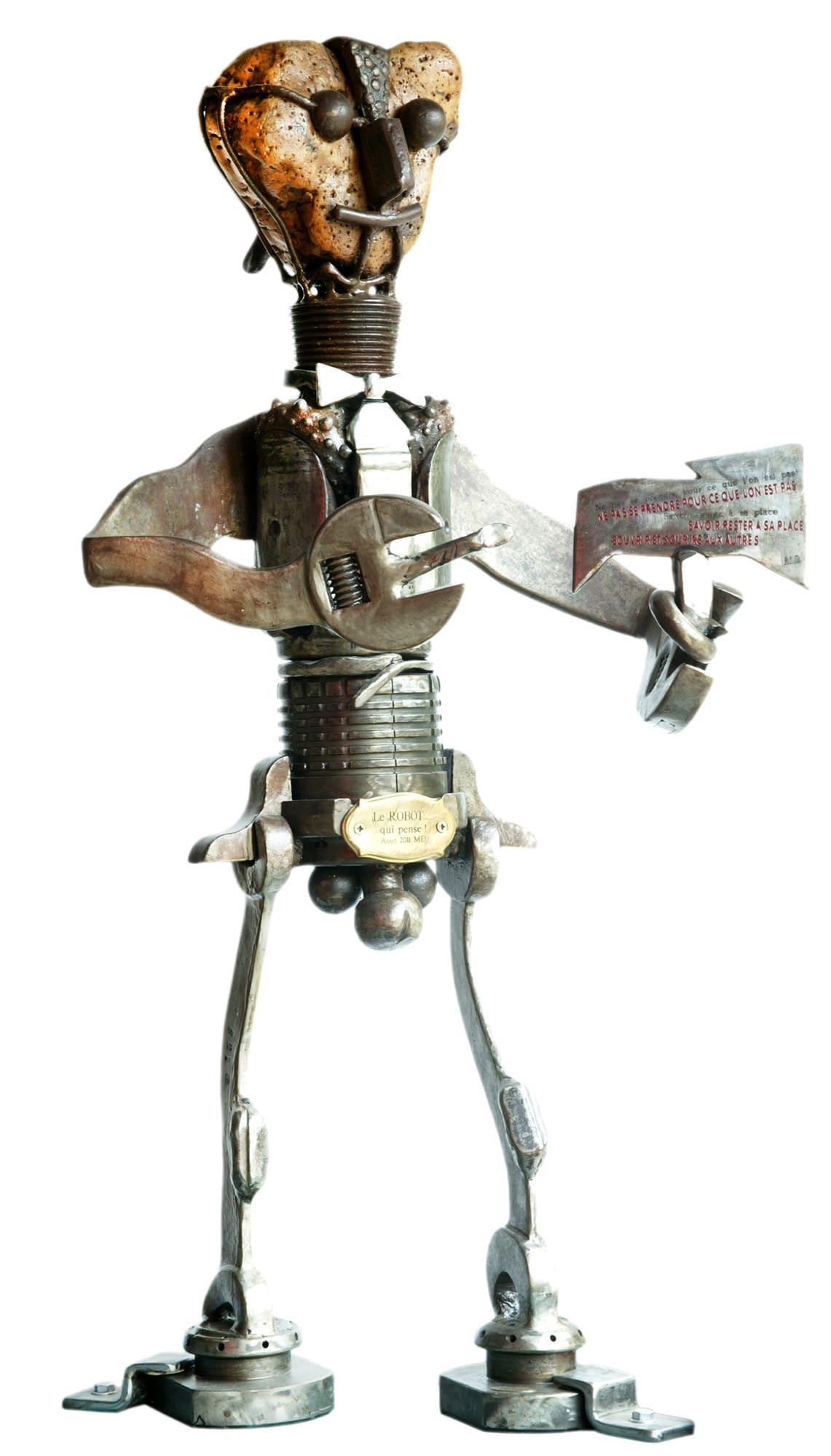 If visitors manage to rid themselves from their prejudices once they get into Michel's workshop, then they will fall under a charm of his art at the very first time. His workshop, also known as «l'Antre de Michel Durand», is a very uncommon place in which he lives and improves his art continuously.
This location allows him to go through his intuitive and intentional process made by research, struggle and talent, as he elevates us to his truth by involving strong and unconscious feelings.

If perfection really exists, Michel Durand's one is made of simple, violent but perfect gestures. This artist is a precursor of a brand new expression of «Art Brut» and he shares with us his imaginary in order to offer us the perfect sculpture that give us back, one more time, a bit of himself. 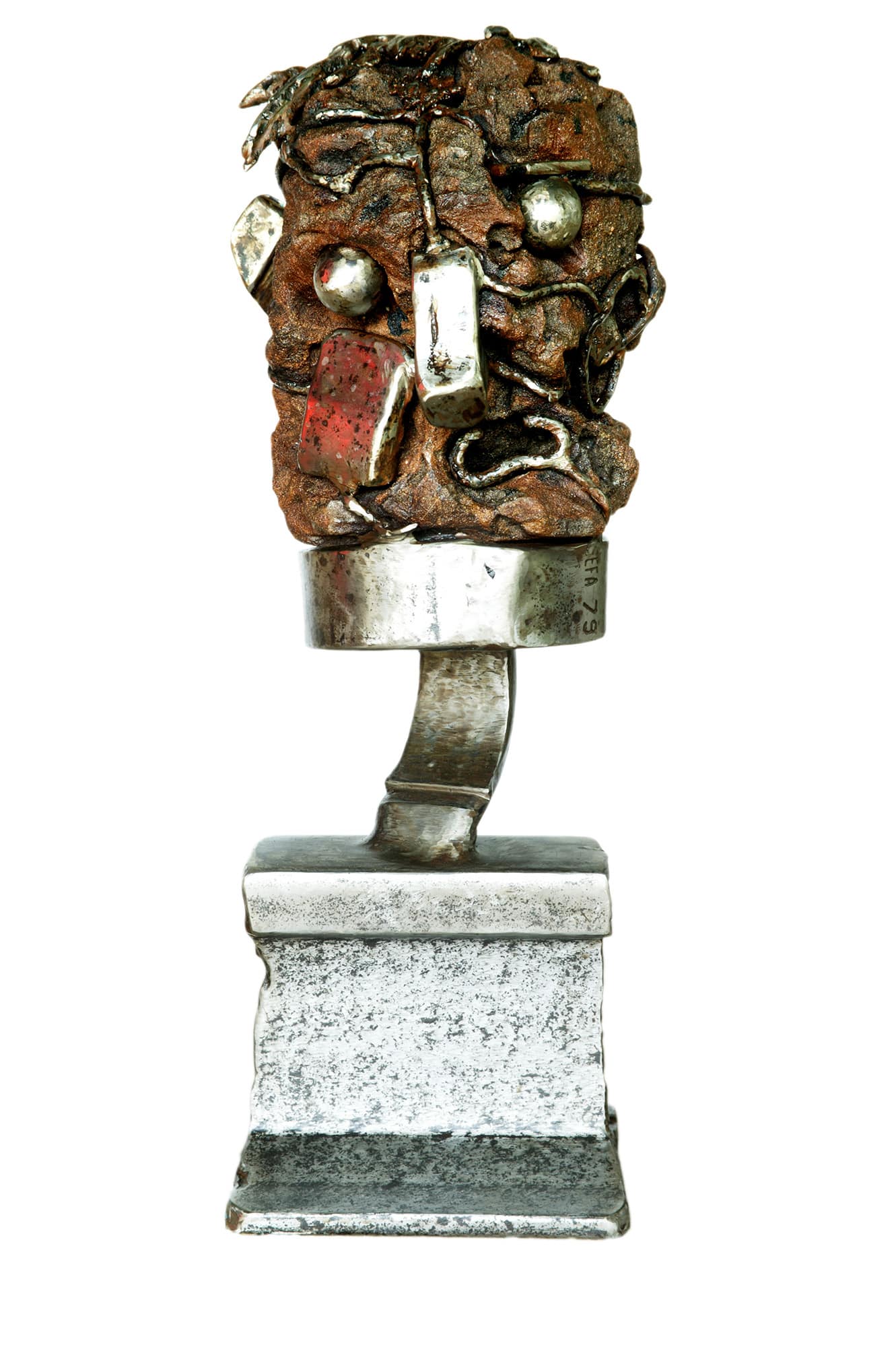