We had no idea (we did not know) how to name it. We thought about it and we named it l’Antre. In fact, it was my idea. No one agreed with it (accepted) but me I liked it. It sounded (felt) like a cave, it has a mysterious allure, a Dali(an) side

How were the early festivities ?

It took off immediatly, people were on the move (restless), they enjoyed partying and they came from anywhere around. These times were crazy, there was a carefree spirit from les Saintes-Maries-de-la-Mer which has always been my philosophy..

Immediatly. It perfectly fits. Partying, my sculptures. Always this mix side. One responds to the other. I decided first to hang brute objects from the ceiling. It begun with a washing machine. Then a scooter plus a jet-ski which was a present from a guy whom won a Europa championship.

According to you, what is the main artwork in l’Antre ?

The main artwork is the aeroplane.

I’ve been asked for selling so many times. However to own it you must buy l’Antre too ! It just can’t leave it. It is made frome plenty of stuffs : a curtain from a decorative board, an inox tube bought to a scrap merchant and which was used for oil research, a cosmonaut on a motorcycle offered by a client. Also this machine contains some bulls heads and some camarguaise cows craniums.

Michel, you present yourself as « Durand the Dali(an) ». Why ?

I have always been attracted by Dalis’s paintings, his excessiveness and this crazy and delirious side he had. He was far from being stupid in fact. I guess I have the same craziness, even if I’m not doing the same thing he does, of course. When I am telling that I am Dalian, it is a state of mind.

The ceiling is lined with sculptures, messages, drawings or heavy machines, like this car or this solex ... and then there are an incredible number of lights…

The car, it comes from Cuba, (The car comes from Cuba) and it has a Bentley license plate ... For the lights, I even get myself lost in it ! I have set up all these spots. You must see it at night. We can create lots of atmospheres.

Let’s talk about the garden now, with an artwork that is particularly close to your heart: this scrap boat .. Almost the drunk boat of Rimbaud!

The boat is one of my first collaborations with the painter Michel Gilles. I was a bit moody, a little depressed when I did it. Not that depression is my thing but I was thinking about the past. I soldered a few pieces of iron, and it made this sailboat, you know. I told it to my friend Michel who always thought I had talent. I said to him: "Since the time you have been bothering me, come and see what I have done so that you can put a few brushstrokes in it". He came. He painted the sailboat. This was the start of our collaboration.

Michel Gilles, great painter and traveler from Nîmes who has exhibited all over the world, he is an epicurean, like you ... He really scored the construction of l’Antre, didn't he?

Absolutely. He was a very good friend. We met at the end of the 1960s. He was from Nîmes. We never lost sight of each other. He did not need to make plans, sketches. We started our collaboration by making heads of bulls. He gradually got into the habit of coming here while he was already very renowed. He was used to come at l’Antre in the afternoon. I sculpted, we drank champagne, he painted. We built several artworks this way. Towards the end of his life he even lived at my home. The paintings on the bathroom doors are his. The animals hanging on the walls, I shaped them and he colored them. We were very accomplices.

You were talking about these bull heads made with Michel Gilles. Also you both produced in 2014 the very beautiful roundabout of the bull based on order from the city of Bellegarde. At your home, at l’Antre, there are many bullfighting evocations… Are you an aficionado ?

I was more before. When I was very young I was a fan of bullfighting. I knew the heroic era of the Cordobes. I liked this bullfighter because he had a very messy side and at the same time he was very communicative and in tune with the public. In our region, many artists are inspired by bullfights and some of them are making their career only within this theme. Regarding to me, I made only these few heads of bulls with Michel Gilles. He twisted the irons and I welded them as things progress. We tuned really well in density and form. This is also how we made the bull at the Bellegarde roundabout. The morphological realization was made by Michel Gilles, without drawing always like that, and I was in charge of assembling and welding.

Let’s get talk about the swimming pool now. A greenery and excessiveness space ...

The decoration was made by Robert Salençon, a *** painter from Nîmes. Into this garden, there are stuffs everywhere. Just have a look to this sculpture near the 4x4 and the swimming pool, it has flower on it ! What’s about this other creation it looks like anything sealed in the ground ! There is also this car, a P60 which has been césariséd (or let’s say « michelisée »), and painted by Michel Gilles. A friend of mine, whom is coachbuilder, has put it into a press and we did this creation. 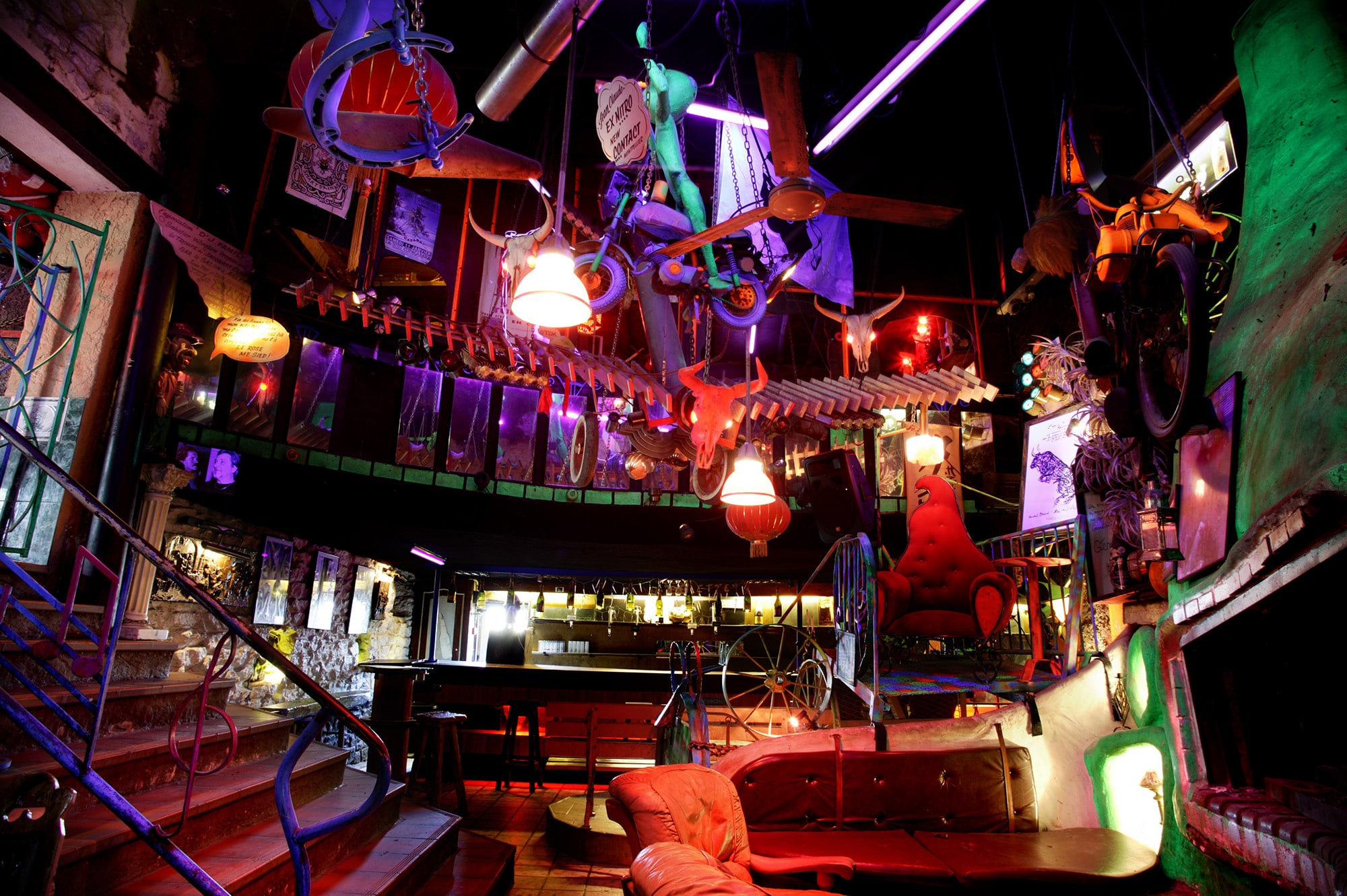 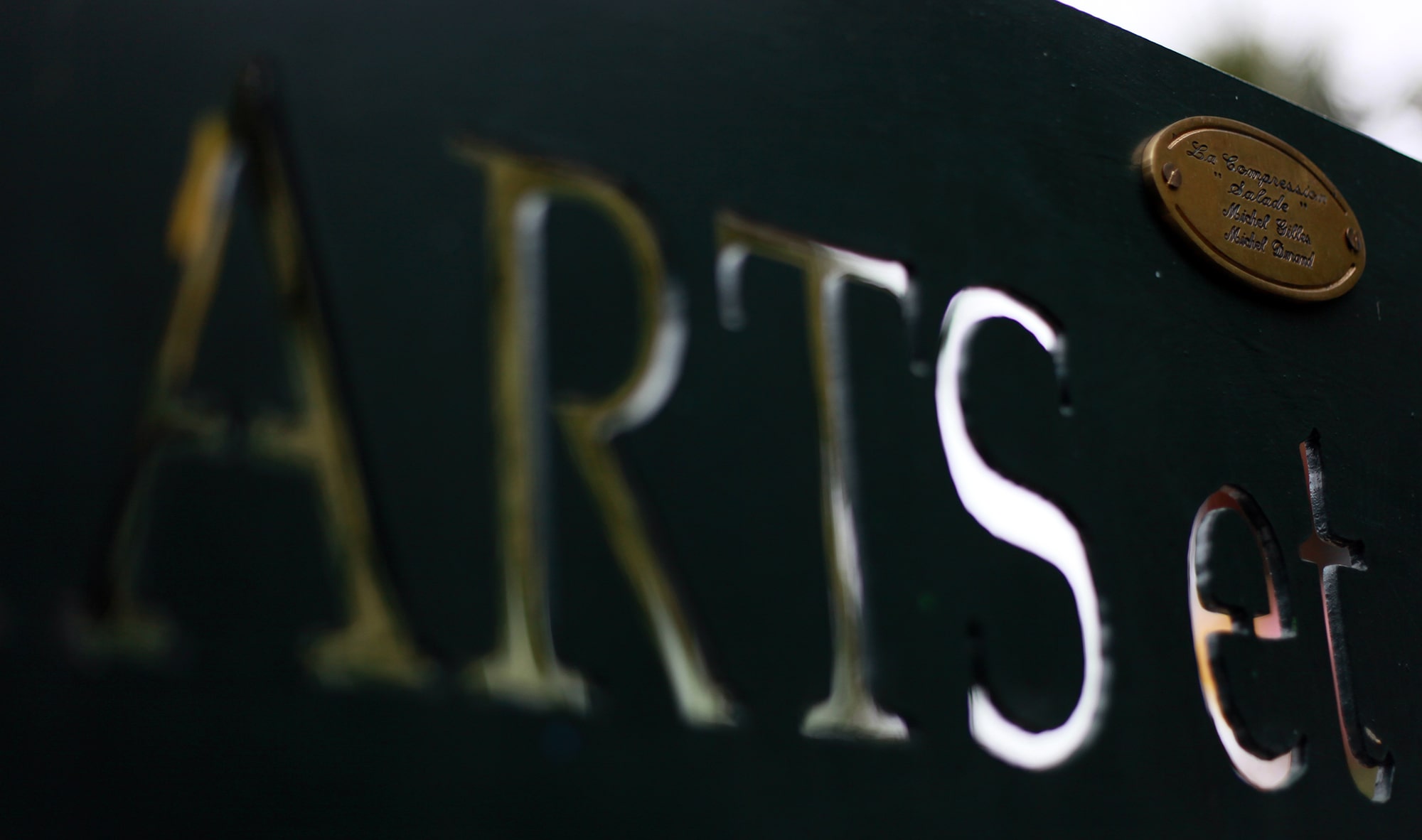 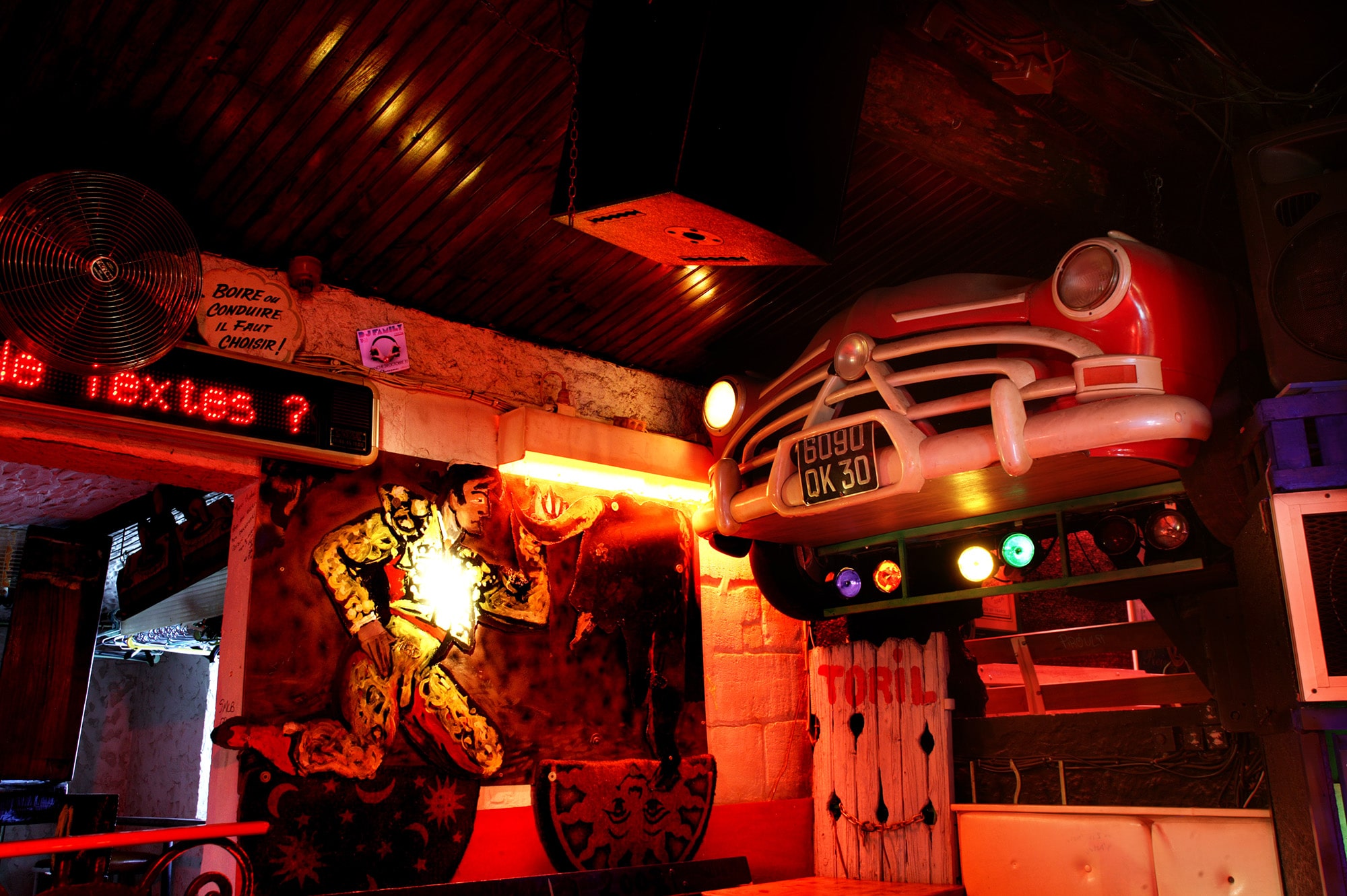 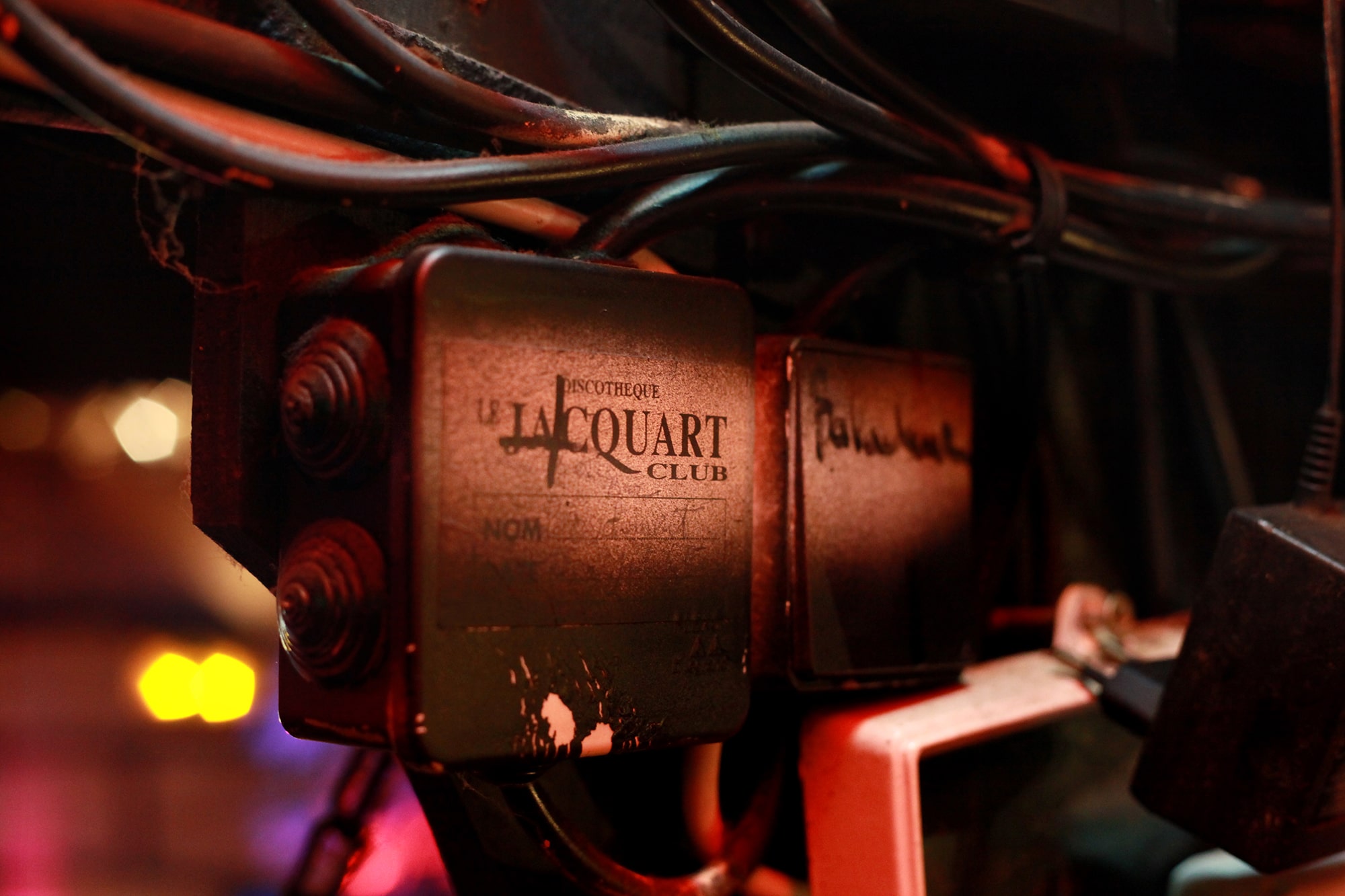 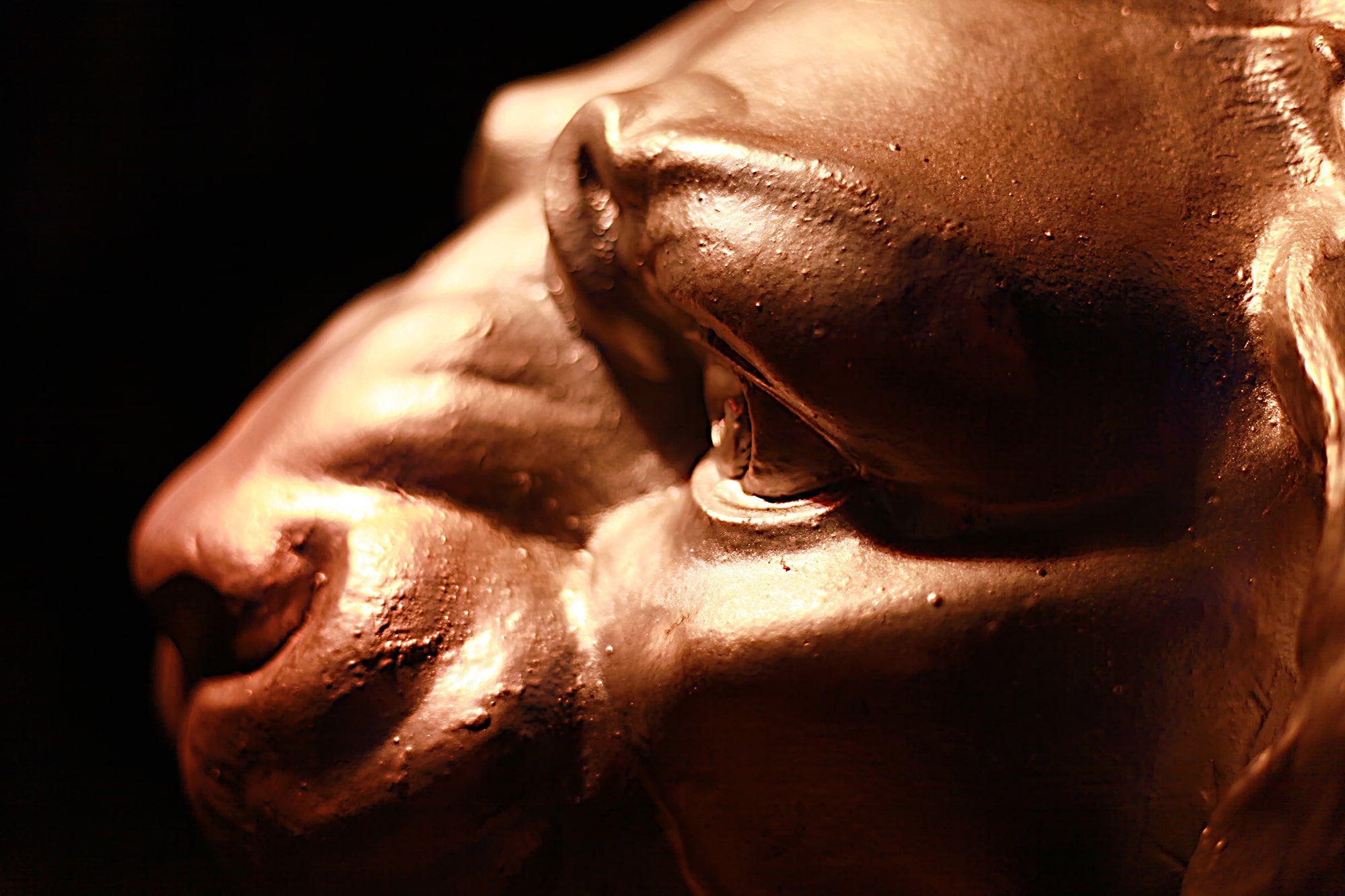 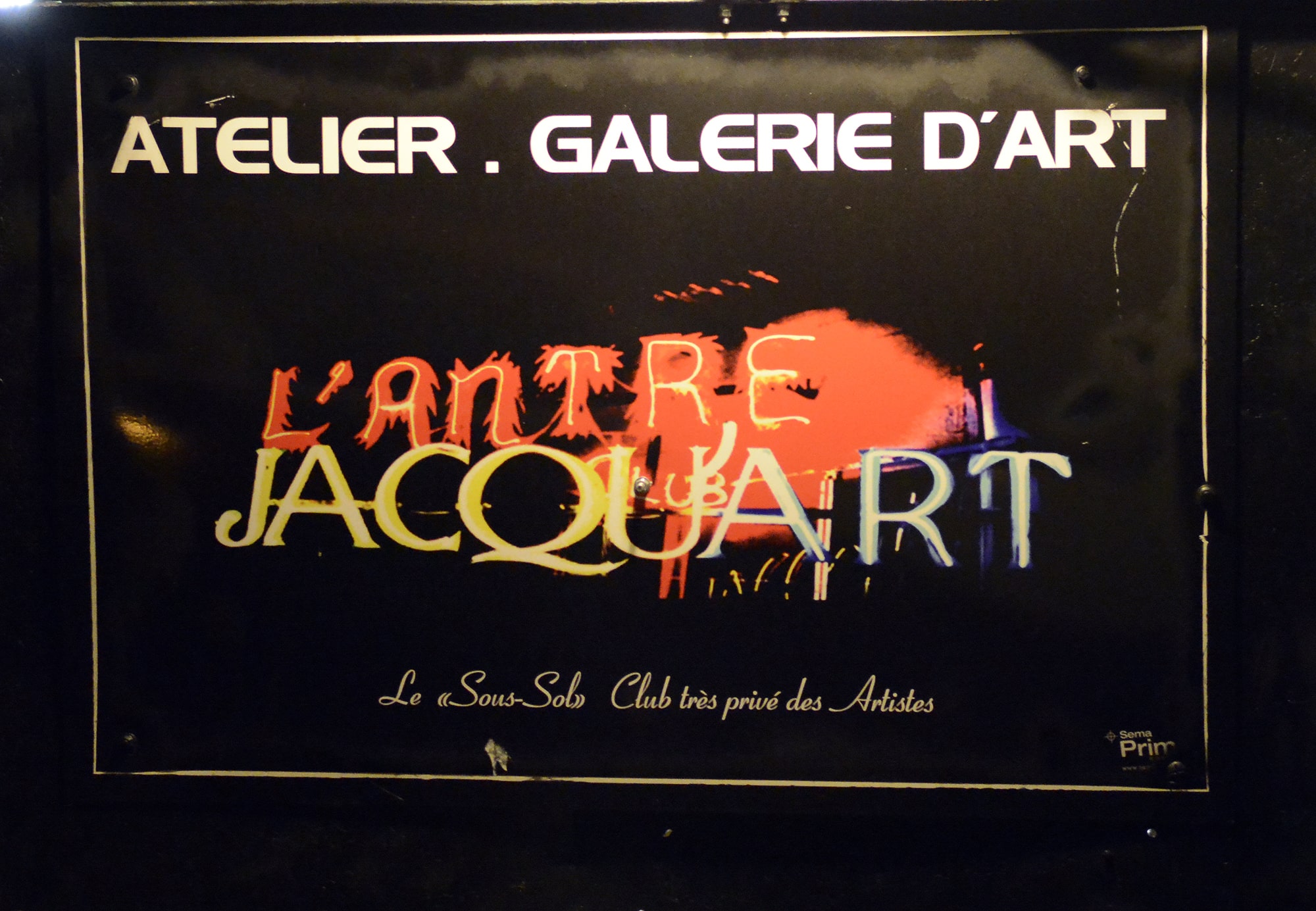 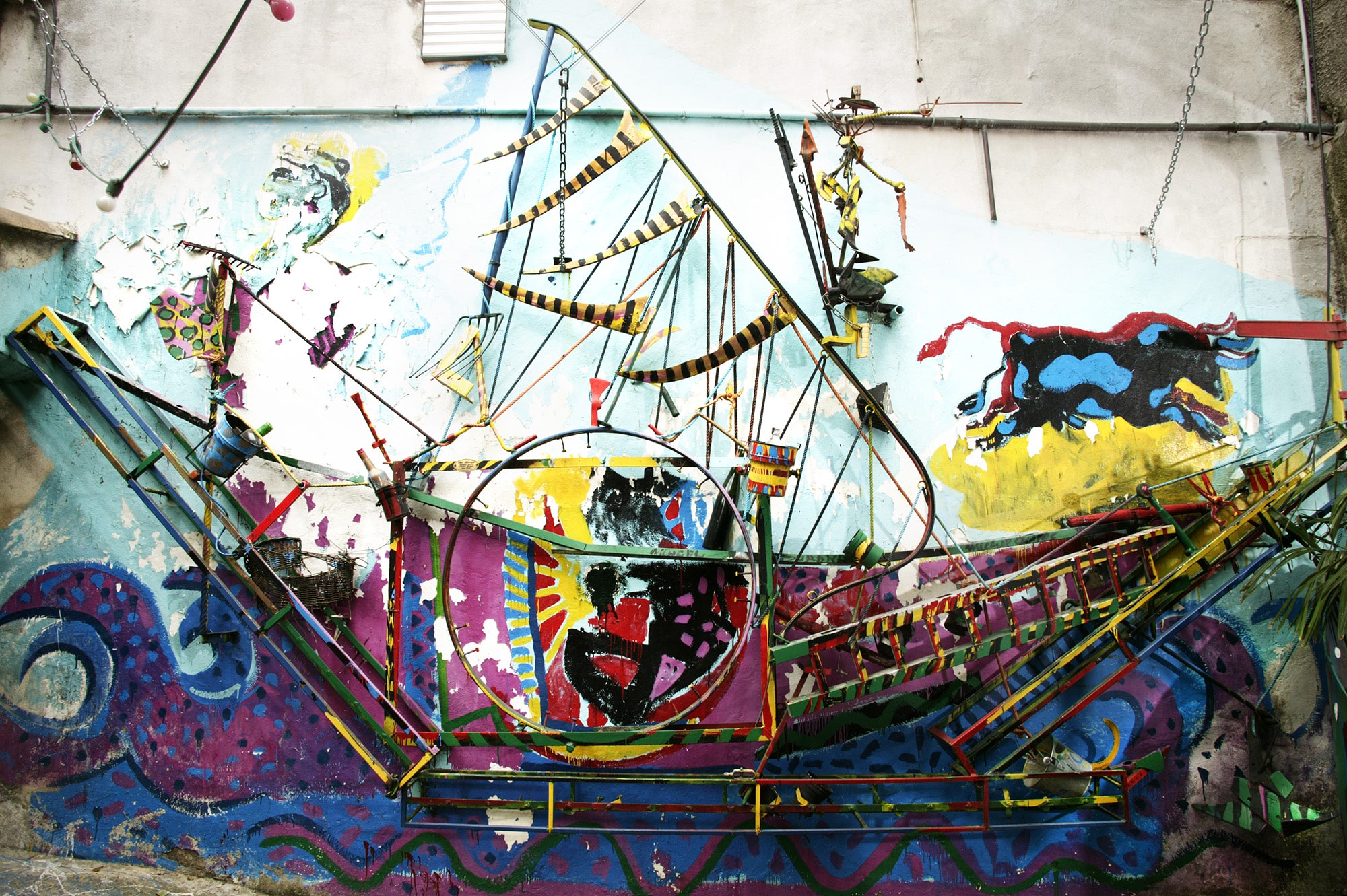 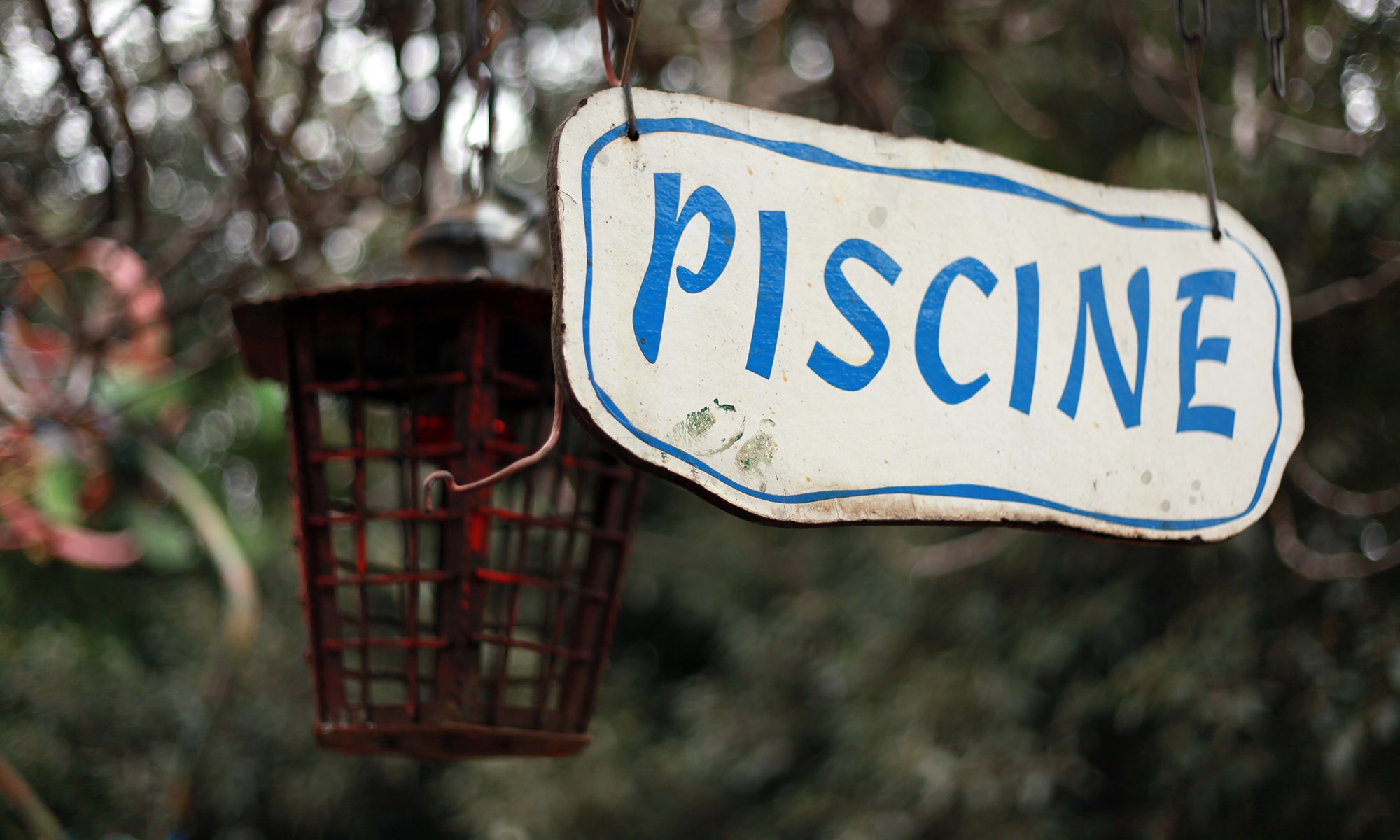 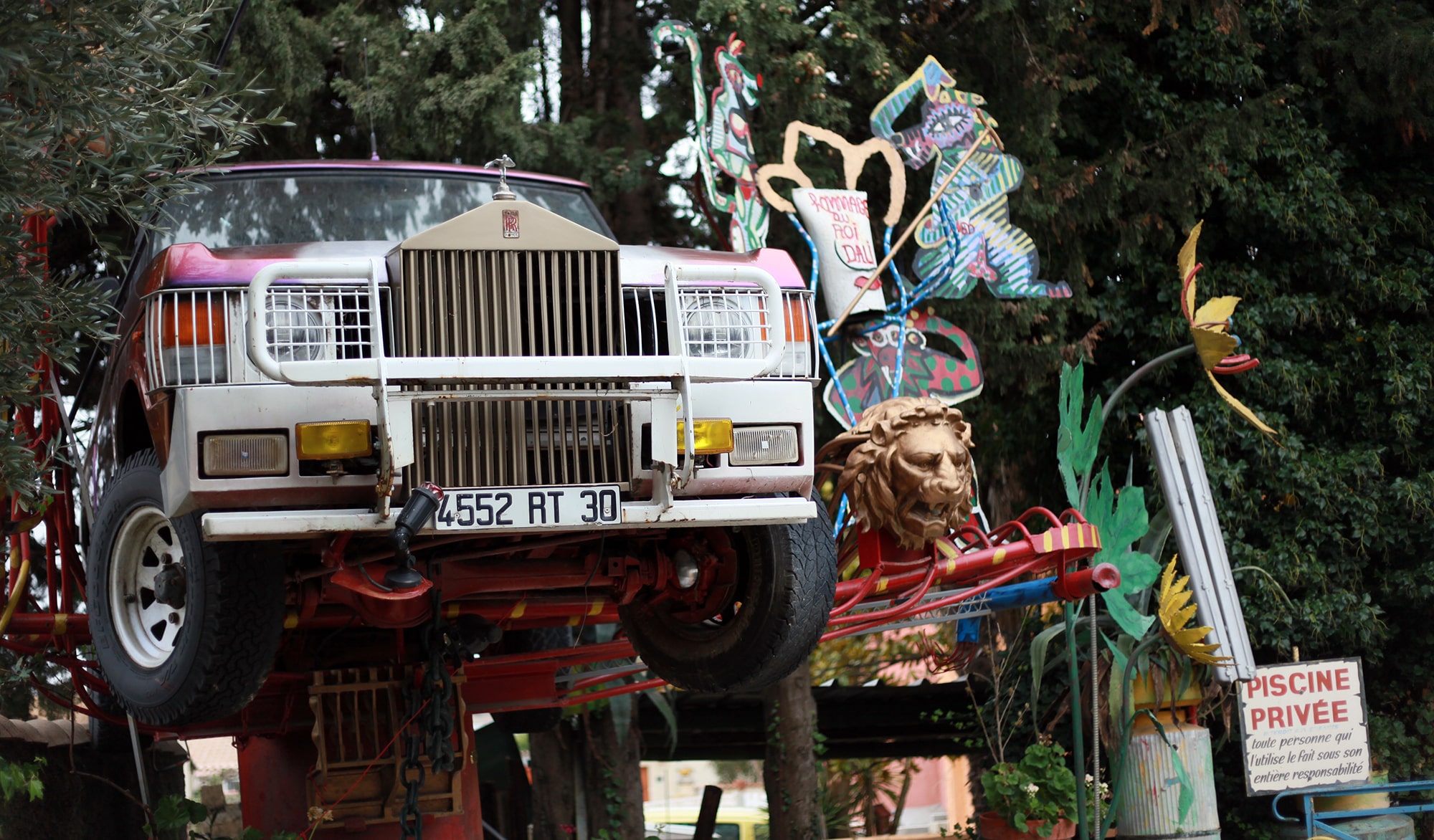 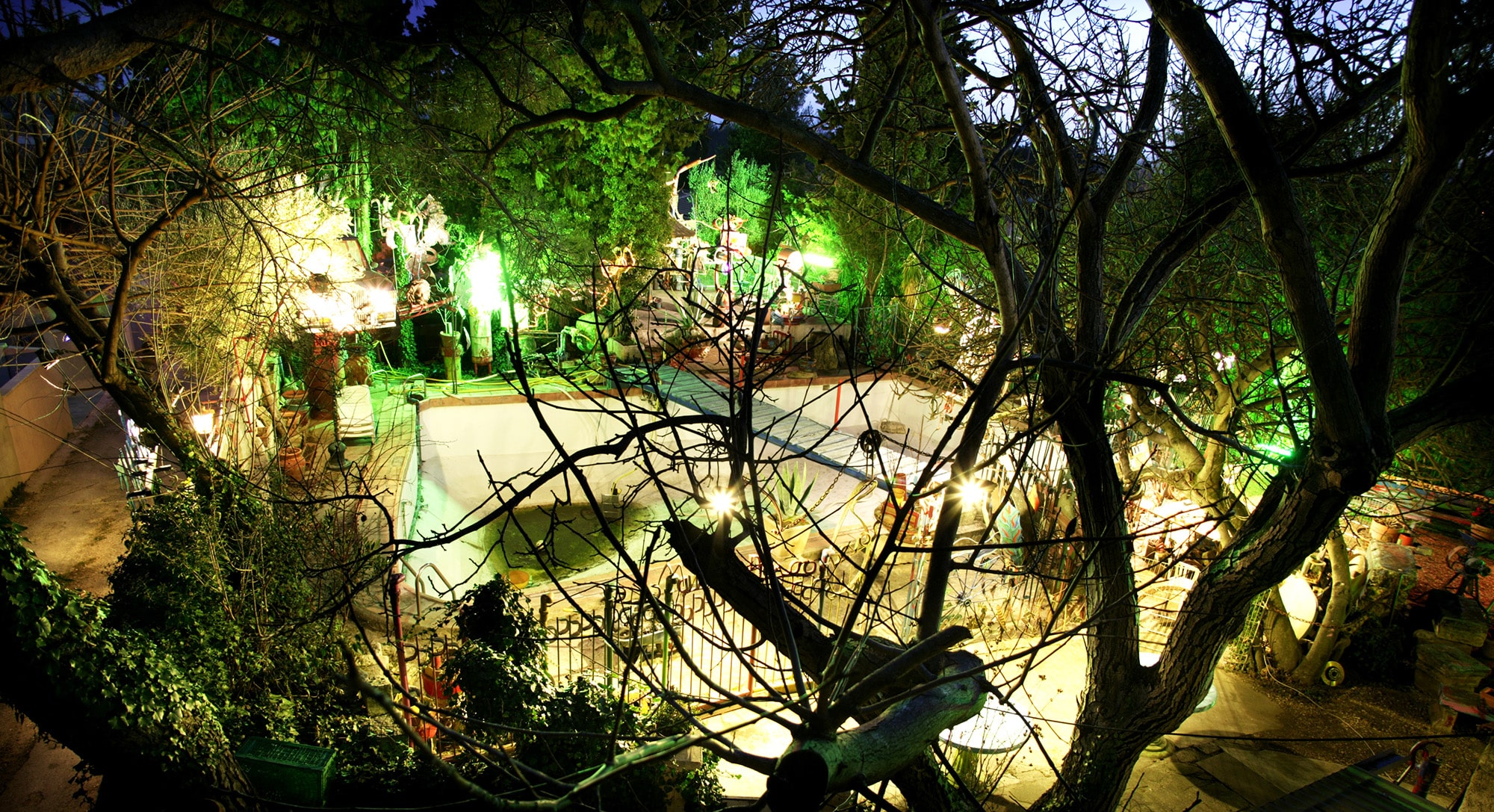 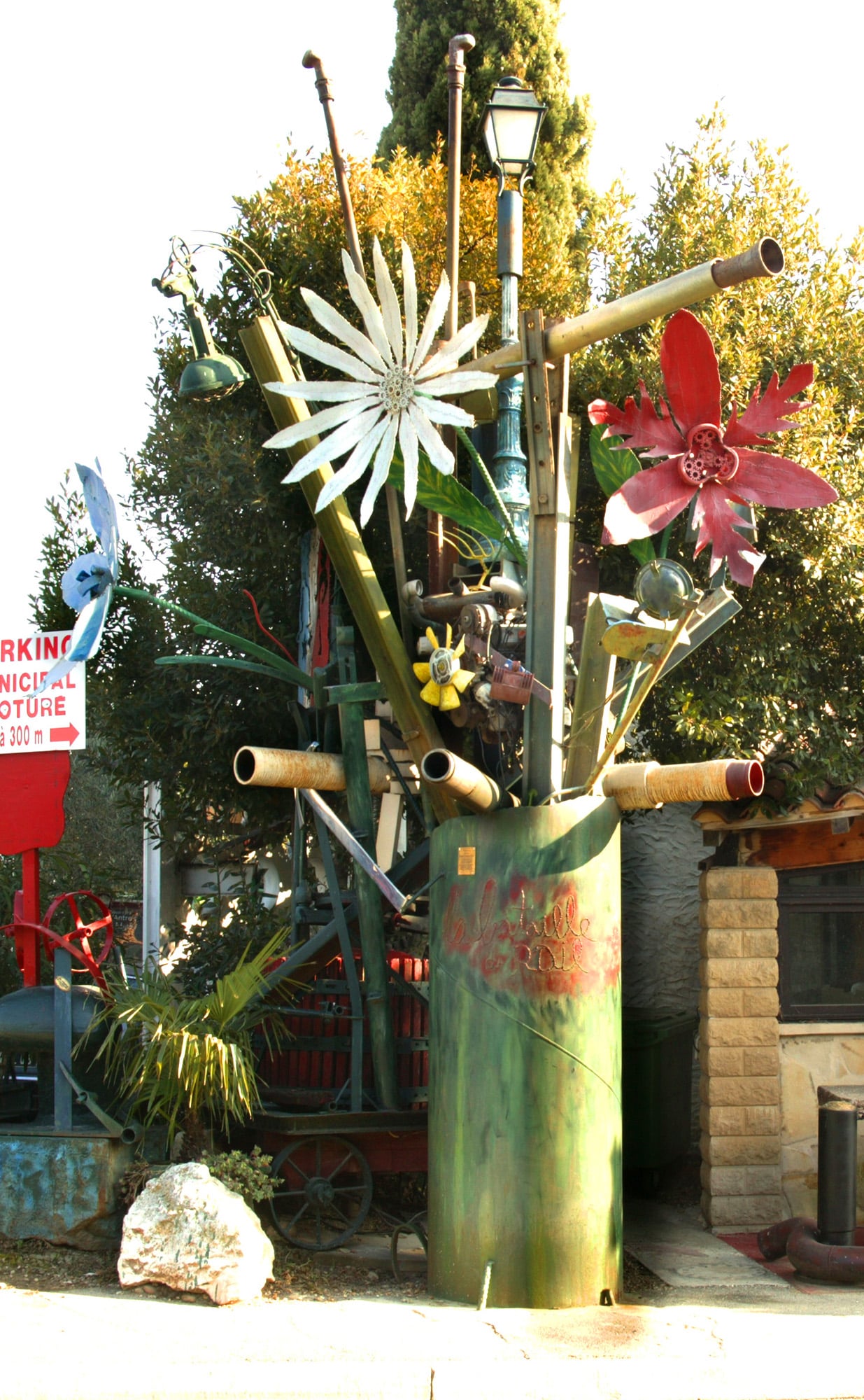 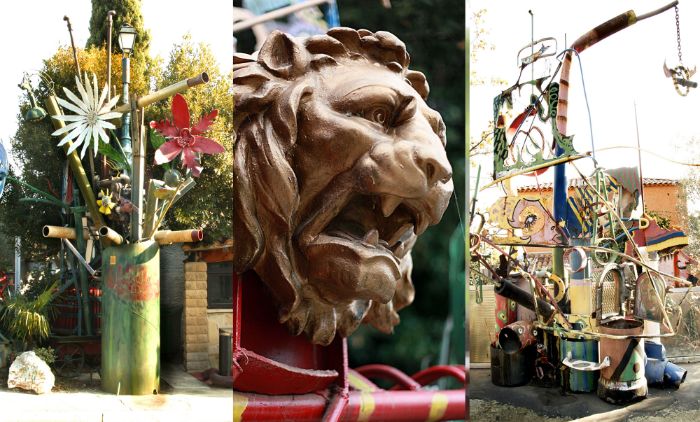